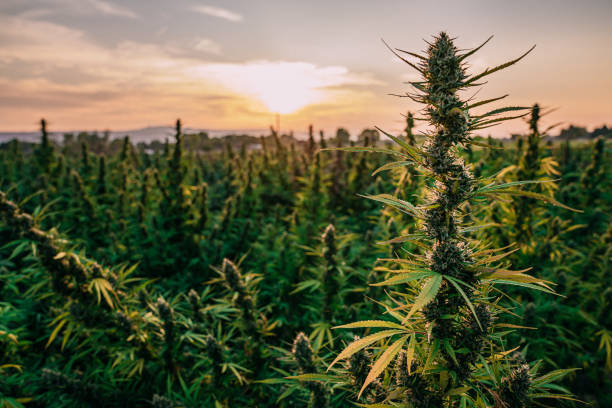 Following its recent decision to legalise the  production and use of cannabis for medical  purposes Morocco is hoping to cash in on the booming export market; bringing into the country billions of dollars in tax revenue.  However, the global trade in legalised cannabis is very small and dominated by just one country – exporting about 70 of the global market in 2016.

Could Morocco ever be a threat to the world’s  biggest drug dealer: The United Kingdom? In the years leading up to the Covid pandemic, the  UK exported around two tons of legalised cannabis;   accounting for just under 70% of the product  on the global market. To put that in context: the Netherlands, with a mere 16% of the market share, was in second place.

Revenue from international cannabis  sales are around seven billion pounds;   with the UK government pocketing  about three billion of that. Sales of the drug are expected to rise at about  30% annually to reach 24 billion pounds by 2024,   as the number of countries that  legalise cannabis continues to grow;   bringing the UK treasury an estimated 10  billion pounds in taxes from cannabis,   but that is only if the UK maintains its  role as the world number one exporter.

Morocco entering the global market is  a huge threat to the UK export trade.   According to one report, Morocco produced 700  tons of illegal cannabis in 2020: An amount that is seven times greater than the legal 95 tonnes produced in the UK. The UK’s biggest cannabis site is only 18 hectares large.

In 2018, the Moroccan government estimated around 55,000 hectares in the northern parts of Morocco are producing illegal cannabis. Morocco has decided to confine the legal production of cannabis to the northern area; known as the Riff area.   The government has put into place other strict rules  that regulate the production of the drug.

For example: farmers must be Moroccan nationals. They must grow and sell only a certain amount annually. They can’t grow or sell any more – or any less.  The UK, also, has strict rules regulating the plant’s cultivation and distribution. To date, only two companies have been granted a UK license to cultivate legal cannabis:   (I hope you think this video is interesting.

Don’t forget to subscribe!!!! ) but in theory anyone can become a UK cannabis farmer. By looking at the numbers alone, it’s clear that Morocco could become the world’s number one exporter of legal cannabis – almost overnight, but it would be foolish to write-off the UK. Aside from being the current number one exporter of cannabis, the UK also takes the number one spot in the export of legal heroin, morphine and cocaine –  according to a United Nations report in 2018.

Over the years, the UK has established trade deals with countries and built up partnerships with pharmaceutical agencies around the world.   It’s going to take Morocco years to establish similar connections.   Morocco dumping hundreds of tons of cannabis onto the global market will reduce its value and the financial benefit to Morocco;  which, like the United Kingdom and other countries, is looking for ways to mitigate the financial impact of Covid 19.

A suddenly devalued legal cannabis is not going  to help Morocco. Another issue facing Morocco is tough competition from other countries in Africa and beyond. In 2019, Uganda received approval to export cannabis into the EU;  making the central African country another seller in a market of limited demand.

It’s ironic, but one strategy that  would help Morocco and the UK expand their markets   is for both countries to push for the legalisation  of cannabis as a recreational drug throughout the world,   but if they did this, their governments  would be faced with accusations of hypocrisy   since both countries ban the recreational use  of cannabis in their own nations.

There is no doubt Moroccans, just like the British, are  going to benefit from the selling of cannabis.   Maybe one day, both nations will legally  benefit from the drug in other ways, too!   Thank you for watching. Bye-bye now.